Nothing can beat the uniqueness of the Hindukush mountain range and the hidden valley of Chitral. We bring the most exciting tour of the year for you at the most affordable rates and commendable services. Book this amazing Chitral Tour Package with us and experience the most incredible days of your life. 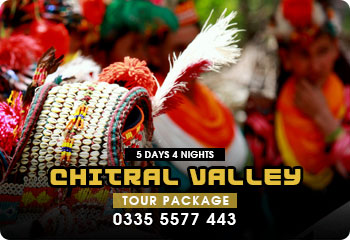 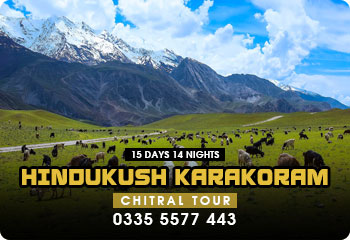 Pakistan Tour and Travel were the first to introduce Chitral Kalash Tour to its local and foreign tourists. With the Tour of Kalash Valley and Chitral, we will cover all the quarters of the Chitral district. Plan a trip with our Budget Pakistan Tour Packages of Northern Areas and for Honeymoon Packages Pakistan. Chitral Valley falls on the north side of Khyber Phatunkhawn in Chitral, Pakistan.

The landscape of Chitral Valley is much mysterious. Its steep, harsh mountains, lush green valleys, beautiful meadows, and giant glaciers. It is rated as one of the world’s most challenging and inaccessible areas.

The Reasons Why We Love Chitral Pakistan Tour?

But for the easiness of our prestigious tourists, we are here to provide you with the top services in all parts of the Chitral District.

Kalash Valley and Its Cultural Insights in Chitral Tour Packages 2023

As the Chitral region’s capital and the gateway to the Kalash Valley, Chitral is an ideal base for exploring the region. Although the city is a bit dusty and the surrounding environment is not as good as the north’s different areas, there are still many opportunities for adventure in this area.

Kalash has great tourism potential, and domestic plus foreign tourists will find many attractions in the area.

The area is divided into three main sub-valleys: Barir, Bamboret, and Rumor. It is also famous for local handicrafts, including yarn and weaving carpets, upholstery, belts, and headdress spinning.

The Kalash tribe has settled in the valley for centuries. The city is believed to be the descendant of Alexander the Great’s soldiers. When a group of Greek citizens arrived in the valley decades ago, the locals were shocked by their similarities and guests.

Drive or hire our rental car and get ready to explore this adventurous area. If there is no Chitral travel guide, you will find everything you need to know below.

There are some seasonally long sights on the road to Chitral, especially in winter, almost as big as the monastery, so you must pay attention to the narrow and uneven mountain roads. You will rent a jeep from Chitral to Bumburet and various valleys because the streets are getting worse, and the rough spots will make your trip more enjoyable. In any case, the jeep you want to rent remains on those roads.

How to get to Chitral / Kalash?

If you choose Chitral Tour Packages with us, you don’t have to worry about anything. Here is the Chitral and Kalash approximate distance from Islamabad. Check here:

The flight from Islamabad to Chitral runs every day and takes 50 minutes to reach Chitral, then rent a jeep to the Kalash Valley if you are a Solo Traveller.

In Chitral Tour Packages, the distance from Islamabad to Kalash Valley is approximate. 14-17 hours (500 kilometers).

Roads Condition from Islamabad to Chitral

Chitral Road to Islamabad Highway is reachable via AH1/M-1 and N-45. It takes about 10 hours. Tourists love to visit the two different regions that hold majestic culture and history.

Besides, our road tour from Islamabad to Chitral via M1 can be divided into the following categories:

How to Reach Chitral from Kalash Valley?

The incredible beauty of Chitral can never be seen in any other place.

There are many accommodation options in the Chitral valley. You can stay in PTDC Motel, which shows a comfy setting for the tourist. PTDC Chitral is the first choice, and it has elegant gardens and first-class accommodations. Mountain View Hotel has excellent clean rooms and sexy showers located in Shahi Bazaar. There are other small hotels beside the market and in front of the PTDC Motel.

Also, Hindu Kush Heights is another favorite choice of tourists. It is about 10 kilometers away from Chitral. Each room is uniquely designed in the local Chitrali art style.

Chitral and its surrounding area have a Mediterranean atmosphere. Summer can be sweltering, but winter is mild. The best time to visit the Chitral area is from March to May and September to November. The Chilam Joshi Festival is usually held in late May in the Kalash Valley.

They have specific celebrations and are celebrated regularly every season. we have especially Festivals Tours in Kalash Valley. So if you want to witness the uniqueness of these festivals, book the Kalash Festival Tour on the designated dates:

The Reason Why Everyone Loves Chitral Tour Packages 2023

Above all, the whole Chitral Valley is a hub of:

Paragliding is the favorite adventure on Chitral Tour Packages 2023.

Best Chitral Kalash Places to Visit once in your life

Some of the top places to visit in Chitral Tour Packages are:

Most noteworthy is the Tirich Mir peak, which is almost 7708m. The view of this prominent peak can see no matter what part you are staying in the valley. Moreover, it is the highest peak in the Hindu Kush Mountain Range.

Each place has its unique culture and art, which are preserved differently. The Chitral Museum retains its ancestors’ skills and keeps them for future generations. The museum started on July 8, 2010, and it is one of the main tourist attractions for tourists worldwide.

Initially, we see former jewelry and furniture tools from the 12th century. Further Greek Conflicts are on display.

Garam Chasmaa -Famous for its Healing Effect and Beauty

Garam Chashma provides tourists with opportunities for eco-tourism in the area. In addition to swimming, they can also fish for trout in the stream. As more people come here from other regions for therapeutic bathing, the water in the Lotkoh Valley Hot Springs in Chitral is becoming more popular for treating skin diseases.

Hot springs are also called sulfur springs because their water flows out of sulfur-rich sediments, causing their temperature to rise above their boiling point. The beautiful village in the Lutko subdistrict in spring is named Garam Chashma (hot spring). This place is one of Chitral’s best picnic spots due to its unparalleled natural scenery.

How is the Valley of Chitral Linked Geographically?

Additionally, Chitral is a critical district as it shares the border with two major countries. Moreover, Chitral is bordered by Gilgit Baltistan, Swat, China, and Afghanistan. Each corner is connected with a significant region of Asia.

Chitral Tourism is swiftly growing. It has more of a historical background than its beautiful natural landscapes, as some of Chitral’s particular part, certainly residuary of the Greek mythology formally known as Kalash Valley. Khawar language is commonly used for communication, while Urdu and English also conversed with some local men.

If you have not been to Chitral, plan your Chitral Tour Packages 2023.

Some Festivals of Kalash Valley

Also, Kalash Valley, as its Joshi festival is on its way, is celebrated in late May. The other Kalash Festivals, Uchau, and Choimus are celebrated in autumn and midwinter, respectively. Furthermore, Chitral Mela was, also known as Jashn e Chitral usually celebrated in mid-October.

How does the Weather of Chitral Kalash Valley Fluctuates?

Chitral Weather also plays a pivotal role in capturing tourists. It remains primarily pleasant weather even in harsh summer in the south.

Chitral Valley Tour is undoubtedly the best tour when you want to explore the diversity of culture and landscapes.

A trip To Chitral doesn’t cost you that much because it’s easily accessible compared to Skardu Tour.

Road Trip To Chitral is a remarkable experience; the entire journey is full of colors and captivating beauty.

What To Buy From Chitral, there are so many options you can buy. Handmade stuff, clothes, rugs, jewelry, pots, hats, decor, and many others.

Kalash Valley Tour Packages From Lahore is one of the most demanding tours in all northern areas of Pakistan.

We thoroughly offer Private Tour Packages to Chitral so that you can enjoy it entirely by yourself.

Valley In Chitral, the most popular one is the Kalash Valley; other than that, you can also visit Bumburet Valley, Rumbur Valley, Birir Valley, Ayun valley, and many other places in Chitral.

We offer an experienced yet local Chitral Guide so that tourists can learn about the places altogether. They are fluent in English, so you don’t have to worry about anything.

Book your Pakistan Northern Areas Tour Packages with complete services from only trustworthy tour operators like Pakistan Tour and Travel because traveling is not just our job; it’s our passion.

It doesn’t matter where you are booking your tour. We cater to tourists from all over the world, especially Lahore To Chitral Tour Packages is the hot selling one.

If you are flying with PIA, the cheapest flight in Pakistan, Chitral Ticket Price starts from $96.

Chakdara is one of the famous yet undiscovered places of KPK. However,  Chakdara To Chitral Distance is about 199.2km which is covered in 6 to 7 hours.

The paradise valley of Kumrat is one of the most visited places when visiting Chitral. The Kumrat To Chitral Distance is around 175 km and can be reached in 7 hours.

However, if you are somewhere in Peshawar and want to visit Chitral, then Peshawar To Chitral Distance is almost 375km and can be reached in 9 hours.

Some insights about Nagar Fort Chitral

Nagar Fort Chitral holds a vital historical significance along with the other “Chitral Fort,” “Mastuj Fort,” and “Drasan Fort.” Nagar Fort is preferable for the tourist as it surrounds by a swirling river from three sides. A majestic view while exploring the stories of history.