Things to Know When Visiting Pakistan

Forbes recently ranked Pakistan as one of the ’10 Coolest Places to go,’ After seeing some of the country’s stunning natural beauty, it’s no wonder why.

Things to Know When visiting Pakistan

Pakistan is a country blessed with nature’s beauty and magnificent mountains, which extend from the stretches of great mountain ranges in the north to the enormous alluvial delta of the Indus River in the south. Due to its sparkling deserts and some of the world’s highest peaks, Pakistan has numerous exciting sights for tourists, skiers, trekkers, and mountaineers. Pakistan is ideal for those who want to enjoy whitewater rafting, trout fishing, jeep excursions, camel treks, and yak safaris, among other things. Additionally, its deeply religious heritage draws pilgrims from various faiths and beliefs. Consequently, Pakistan’s tourism sector has been overgrown in recent years. For example, foreign tourist arrivals went from less than half a million in 2015 to over two million in 2019, according to world tourism monitoring agencies. Plus, Domestic tourism crossed the 40-million-mark last year.

The world view of tourism potential in Pakistan

According to www.globetrooper.com list of 20 top destinations, Pakistan is one of the finest countries to visit in 2020. Lonely Planet has dubbed Pakistan “tourism’s next big thing,” Forbes magazine ranked it as one of the top 10 most incredible places to visit in 2019. For 2020, the British Backpacker Society (BBS) named Pakistan the world’s third most extraordinary potential adventure destination.

The BBS had previously stated that Pakistan is the ‘best travel destination on earth,‘ claiming it to be ‘one of the kindest nations on earth.’ Pakistan is a country with breathtaking beauty, from northern high mountain ranges to mid-section plains and deserts to the southern Arabian Sea. Not only does it have beautiful landscapes in its four provinces, but it also has kind and gracious people who welcome foreign tourists.

The world’s five tallest mountain peaks are located in the Himalayas.

Pakistan is home to some of the tallest mountain ranges in the world, including iconic chains such as the Himalayas, Karakoram, and Hindukush. The country’s highest point, K2 (8,611m), is the second largest mountain globally. In fact, out of 14 mountains declared by the National Geographic Society as among Earth’s tallest peaks, five are within Pakistan. Every year, an influx of international mountaineers comes to explore these valleys and summits from April to September.

The highest trade route in the world is Silk Road in Pakistan.

The Karakorum Highway is the highest trade route in the world, connecting Pakistan to China. The nearby Mintaka Pass also lies along the ancient Silk Road that connected Europe and Asia. Many famous tourists have traveled this road throughout history, including Venetian trader Marco Polo in the 13th century (the wild Marco Polo sheep was named after him), Chinese Monk Fe Hien in the 4th century, and Arab historian Al-Beruni in the 11th century. Punjab is home to Mughal-era monuments and the Gandhara Buddhist civilization.

The Punjab province in Pakistan comprises rich agricultural lands, an extensive network of rivers and channels, shrines, ancient forts, and gardens from the Mughal era.

Pakistan also has a wealth of flora and fauna. The high-mountain scrub, coniferous forests down the sub-mountain scrub, immense Indus plain merging into the enormous desert, beautiful coastline and wetlands, Himalayas, Karakoram, and Hindukush ranges all provide an incredibly diverse variety of vegetation and animals, including avifauna from around the world. With species ranging from the Mediterranean Pygmy Shrew to the blue whale, Pakistan boasts 10 of 18 mammal orders. The Buddhist religion was founded in the foothills of the Himalayas and found many followers in Gandhara or present-day Pakistan. This area contains numerous examples of relics and art from the ancient Buddhist era, such as Taxila. The university established there during the 10th century BC made it a renowned learning center. The Duke and Duchess of Cambridge’s trip to Pakistan was a significant step in bilateral ties. After all, HRH Prince William had accompanied HRH Princess Diana to Pakistan when he was just a kid. The visit was a morale boost for Pakistan’s tourism and was appreciated by the country and its people. When visiting Pakistan, you must have a valid passport with you. Without a passport, you will not be able to enter the country. Additionally, make sure to check the visa requirements for Pakistan before traveling. If you need a visa, apply for one before your trip. Once you have your passport and visa, a few things to remember when visiting Pakistan. 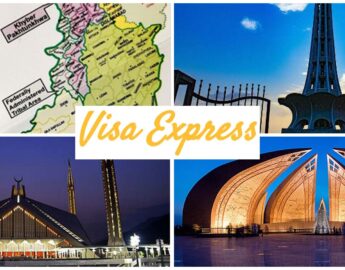