Where to visit the first time to Pakistan?

Top places of Pakistan to visit on your first tour.

Why go to Pakistan?

From soaring peaks to the glorious architecture of the Mughal Empire, from ancient ruins to mysterious music – Pakistan has a lot to offer with its rich natural and cultural treasures. Immerse yourself in the world of desert fortresses, carpet weavers, and gods. The ultimate challenge destination for true travel gurus is Pakistan, which is bound to belong to the small group of people who want to see the cold wonderland at the end of the world! 1. “The Capital of Pakistan” – Islamabad

Pakistan means “holy land” and “halal country” and is home to many monuments, magnificent snow-capped mountains, and pristine scenery.

As the capital of Pakistan, Islamabad is one of the youngest modern cities in the world and the only capital in the world named after a religion. The architecture is rich in Islamic style. The green area of the city reaches half of the city’s area, bustling and blooming, polite and fresh, known as the “garden city”. Every year, when the spring blossoms, hundreds of roses and jasmine treasures are in full bloom, and the annual Pakistan Rose Painting Exhibition is held there. Islamabad Landmark, Pakistan’s National Mosque, is the largest mosque in Pakistan and even South Asia, the sixth largest mosque in the world, donated by the former King Faisal of Saudi Arabia, designed by the famous Turkish designer Vedat Dalokay, as a gift to the people of Pakistan. After the death of King Faisal, the mosque was named after him in honor. Rohtas Fort is listed as a World Heritage Site. This is one of the most famous military buildings in ancient Pakistan and is a strategic location. It was never attacked, so much so that it remains intact to this day. The main fortifications of the castle consisted of thick walls more than four kilometers long, connected to the bastions, and built with magnificent gates. The Fortress of Rohtas, also known as Qila Rohtas, is a special example of early Muslim military architecture in Central and South Asia. Badshahi Mosque was once the largest mosque in Pakistan. Before the Faisal mosque was built, it was the largest mosque in Pakistan, and the square could accommodate 100,000 people to pray at the same time. Architecturally in the Mughal style. It is composed of three parts: the arch, the square, and the chapel. The main building is the worship hall, with three domes on the top and flanks. The walls are surrounded by four minarets with a height of 53.75 meters. As the largest and most populous city in Pakistan, Karachi is a perfect combination of modern and ancient cultures. Karachi has Pakistan’s oldest memory, the ancient city of Teda. There are narrow alleys, dilapidated old towns, gravel paths, elegant modern architecture, and the finest golden beaches of the Arabian Sea. Many skilled craftsmen in the city use ancient skills to make exquisite handicrafts.

This very popular Karachi beach offers plenty of beachfront entertainment opportunities such as horse and camel riding, amusement parks, restaurants, and swimming. It is also a favorite picnic destination for locals and tourists alike. The monumental cemetery of Thatta Makli

has 500,000 graves and covers an area of about 10 square kilometers. Kings, queens, governors, saints, scholars, and philosophers are buried here, some of them lavishly decorated with glazed tiles. It is known as the “city of the dead”. The historical information resources contained in this site are among the richest areas.

Mausoleum of Jinnah, Founding Father of Pakistan, located in the heart of Karachi, is the mausoleum of the Founding Father of Pakistan. Built-in 1970 as an Islamic white marble palace, the most majestic building in Karachi stands majestically amid palm trees and flowers, and the coffin is engraved with epitaphs in English and Urdu. In the tomb, a large golden chandelier weighing ten tons was hung by Zhou Enlai, which was very eye-catching. This is a famous ancient city with a history of 2,500 years, the center of the world-famous Gandharan art, and one of the richest archaeological sites in South Asia. Chinese monks Such as Fa Xian and Xuanzang have all visited here. The ruins of the ancient city of Taxila are also world-famous archaeological sites and were once the center of Buddhism. In 1980, UNESCO inscribed Taksira on the World Heritage List as a cultural heritage.

. “Home of the Valley of the Winds” – the Hunza Valley

Hunza is ranked as one of the top five longevity towns in the world. It is a place surrounded by the Himalayas, surrounded by lofty mountains. Here is picturesque, idyllic, and poetic, everyone lives a “sunrise and rest” farming life, with self-sufficiency, and no dispute with the world. Moreover, because the film adaptation of the famous novel “Disappearing Horizon” by the Englishman James Hilton was filmed here, Hunza became the “Shangri-La” in the minds of Westerners, and Hunza was also the original home of the beautiful valley in the masterpiece “Valley of the Wind” by Japanese animation master Hayao Miyazaki. How to get to Pakistan?

on a white background (3) Present the round-trip international ticket and itinerary within Pakistan. (4) Scanned copy of the first page of your passport (valid for more than 6 months, your passport must be signed by yourself, and at least one blank visa page)

(7) The original and the front and back copies of 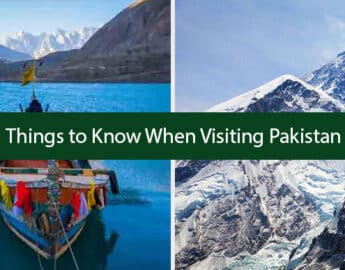 Things to Know When Visiting Pakistan