The Festivals of Kalash is an ancient cultural event that takes place in Pakistan’s Kalash Valley around the same time every year. The Hindu Kush Mountains surround the Kalash Valley.

The people who inhabit these valleys are known as the Kalashas, ​​and they have a unique culture, tradition, and language and follow an ancient form of Hinduism.

The Kalash people celebrate the Kalash festival in the Kalash Valley of Pakistan. The Hindu Kush Mountains surround the Kalash Valley. Furthermore, this Kalash Festival is held in spring, summer, and winter three times a year. However, the Chinese New Year is known as the Chilam Joshi Festival and starts around May 13. 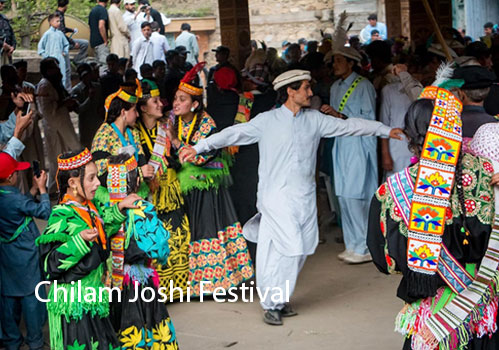 Pakistan Tour and Travel have been organizing trips to the Kalash Valley to watch the Kalash Festival for decades. We offer private and individual tours to Kalash. All our holiday tours and other holidays in Pakistan cater to exceptional services. Depending on your time and travel requirements, the duration may be longer or shorter. You can follow the standard Kalash Festival itinerary, or our travel consultants can customize it to suit your travel needs.

How do they Celebrate the Festivals of Kalash?

Above all, Chinese New Year is also known as Chilam Joshi Festival. The festival continues for four days a week. The Spring Festival starts with the Milk Festival. Ten days before the festival, they stock up on milk from home. The Kalashes offer alcohol during this event. The festival reflects their unique cultural richness, the harmony of their communities, and their message of peace to the world. They prayed for the Lord’s blessing, for the farming to prosper, and for the flock to be healthy and safe.

During this festival, Kalash men and women also choose their way of life. Moreover, during this festival, the women wear brightly colored traditional clothes with floral patterns on their clothes. They wore beaded necklaces that complemented the dress and tiara.

Learn more about the Uchal Festival of Kalash

However, men wear traditional shalwar kameez and wool vests. Together they dance and sing among the valley tribes as it allows them to choose their life mates and announce their names on the last day of the festival.

The Kalashes celebrate the arrival of summer in their way. Summer festivals are popular among the Kalasha. In recent years, the festival has also become popular worldwide. The summer festival is attended by many people and international tourists from different parts of Pakistan. 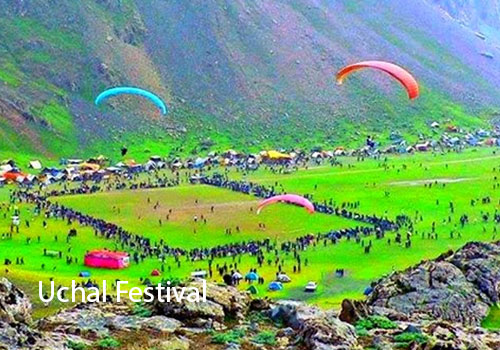 During the festival, the Kalasha people commemorate their Lord by celebrating a good harvest and thanking God for good food and a good harvest. The Kalash procession goes to the plateau on the outskirts of the village of Palangkuru to pray to their Lord, after which the party and night dance begin and continue until the early morning hours. Summer festivals are celebrated for several days in all the valleys.

Kalash winter season is called “choimos” in the local language. This annual event symbolizes a prosperous year for the city and its inhabitants. During the festival, people search for foxes, which is considered a good sign. Torch parades travel from neighboring villages to Charsue, the main traditional dance venue. Celebrations and dances take place indoors and continue into the night as the fire pours local wines. At the beginning of the new year, locals perform purification rituals during the festival. Tribal elders gather at the top of the mountain to watch the sunrise in the new year, after which the goat is offered to the goddess ‘Jastak,’ and blood is sprinkled on the Jastarkhan temple. 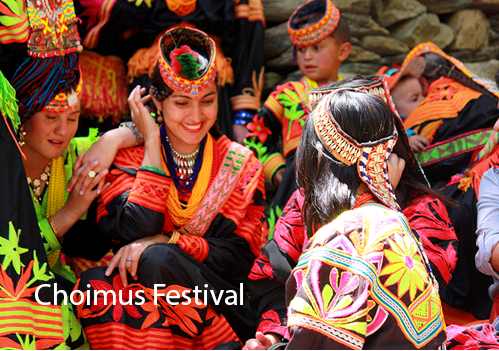 We believe that visiting Wadi Kalash and experiencing the “Kalash Festival” will create a memory that will last a lifetime.

Other festivals in Chitral, KPK.

The Jashan-e-Chitral is celebrated every year from September 15 to 22nd. Additionally, this is a week-long festival of cultural events and traditional sports for the mountainous communities of the Hindu Kush and Karakoram regions. Above all, the former Chitral encourages Jashan e Chitral and other cultural activities. In addition to traditional sports music and polo, there are also activities attended by teams from various administrative units. The winning teams of all competitions were awarded honors. Jashan is highly publicized and allows different communities to get closer to each other. Many local events such as poetry, sitar music, and traditional sports are held in Gashan. 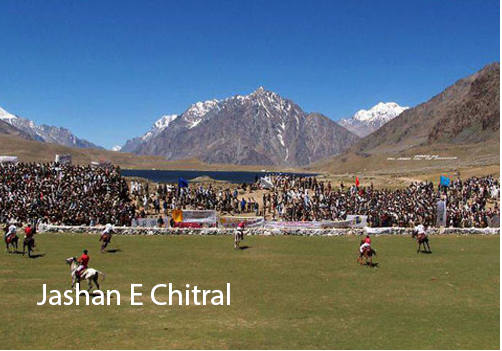 The Broghil Festival takes place from July 15 to 17th on the famous Broghil plateau, in the Chitral, at an altitude of 3690 meters. This annual festival is added to the Chitral events calendar from 12-23 August. 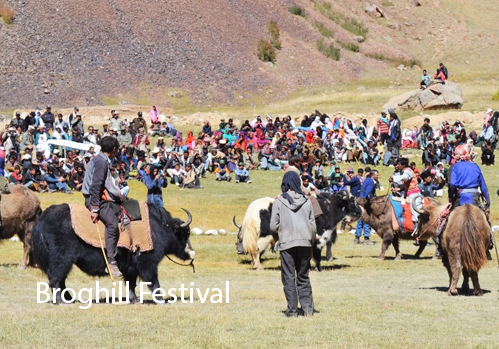 The festival’s standout features are events such as wild mountain polo, horse racing on the vast pastures, yak polo and yak competition, the only event of its kind in the world, Buz Kashi, and traditional music in the evening. It’s a traditional festival full of fun and excitement on high pastures and Yakati yak on the sturdy yak.

The small, wind-swept amphitheater at Sandur Pass on the lofty border between Gilgit and Chitral is held annually as the picturesque venue for the Sandur Polo Festival, which takes place in the first week of July. 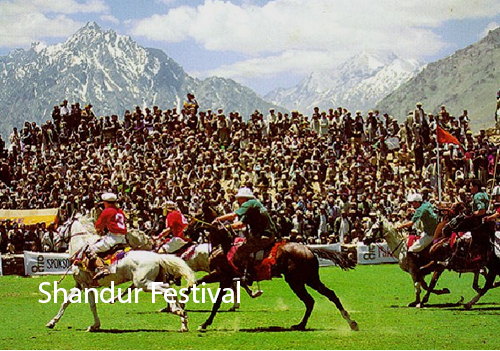 This is the highest polo stadium in the world, at 3,734 meters above sea level, set in a stunning landscape of rolling pastures, azure lakes, and the Hindu Raj Mountains; it is the location for local polo matches. The match is considered the most challenging polo match in the world: jitters, emotions, high tension, and the ferocity of the game create a drama of horse death and perpetual suffering for players. Some are seriously injured. Yet despite the risks, the polo tradition continues unabated.

Book your Chitral Tour Packages Today and witness the festivals of Kalash by yourself.