Believe in Miracles? If Not, You Will Start Believing After Witnessing This Bioluminescent Beach in Pakistan

In all over the world, there are some most wonderful, glowing, mysterious and interesting beaches that gleam neon blue during the evening.
This natural miracle is brought about by phytoplankton (a kind of microalgae that coast at the outside of the seawater). They transmit a splendid blue light after they become unsettled by wave developments or adjacent swimming fish.
We are here talking about the Bioluminescent Beaches in Pakistan that are not getting attention as it deserves.
A beach, at a short distance from Mubarak Village Baluchistan, Pakistan called Bhit Khori. With no desire for any sort, you will witness a jaw-dropping scene at the Beach if you are lucky enough. The sea is one of the wondrous of this world as it is full of sparkling, blue and amazing. 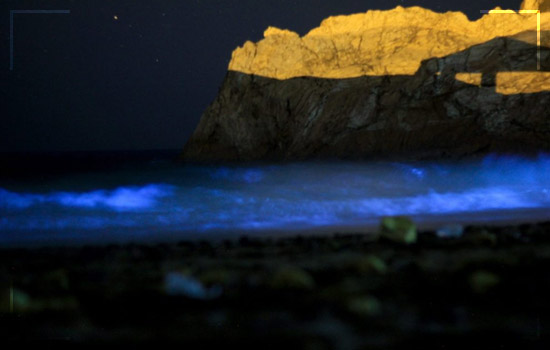 Not the whole sea, however, the modest waves as they were slamming at different spots were illuminated in blue. One can easily say the sea was twinkling. Under gigantic wonderment, as you strolled up near the shore for a more intensive see what was going on. Also, soon you assumed that on the off chance that you make a move in the water, similar to a sprinkle or toss a stone, it sparkles at that point too. As it’s the bioluminescent phenomenon, happening in front of you.

A Thing to Remember Before Taking a Trip to Witness This Amazement.

Also, if any of you is intending to visit one of the above shorelines for seeing bioluminescence, remember that it doesn’t occur each night. There is no timetable for it. Indeed, it is said that on the off chance that you plan around the ‘new moon’, when there is near no moonlight, the odds are higher. In any case! When we visited Bhit Khori, it was the only couple of days after the full moon regardless we saw it.

More often, who was there a night prior for courses of action, said there was nothing the previous evening and he likewise included that it is his ninth time outdoors at Bhit Khori, however, he is seeing it out of the blue. We were fortunate to be sure. 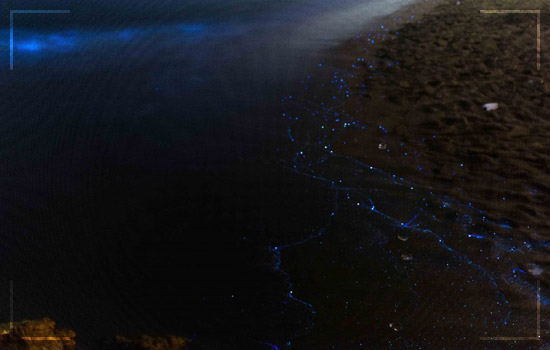 Additionally, pictures can never do justice with this breathtaking sight. If you are smart if and have know-how about these technical skills of photography then definitely you can capture this moment to cherish later.
In any case, if you want to touch these lighting particles, you can hold the shining sand into your finger for a few moments till the gleam keeps going. 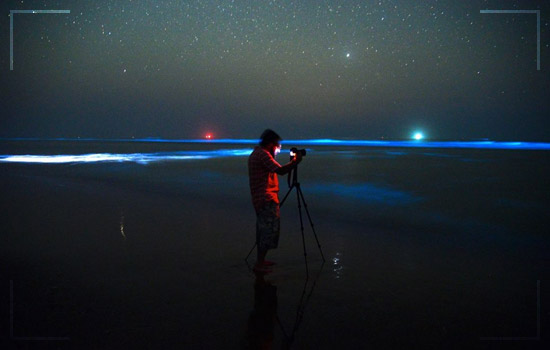 Bioluminescent Beaches at Different Parts of This World

USA, Jamaica, Puerto Rico, Thailand, Vietnam, Japan, Indonesia, Hong Kong, Belgium, UK, and Australia are some of the prominent and famous places that own beautiful unique Bioluminescent Beaches.
Most importantly, now Pakistan is making its place in this list also. Not only, Bhit Khori but also shoreline of Sapat and Astola Island, Gadani and Somiani Beaches, also witnessed some of the extraordinary qualities. 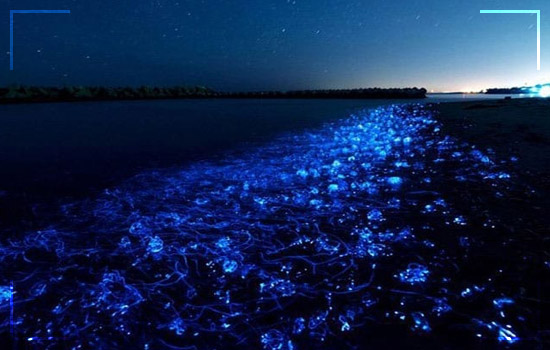