The Best County For A Comfortable Retirement

The best country to retire and settle in should be on your list. These are the first countries that wealthy people think about where to live their lives.

An increasing number of people, especially Americans, are moving abroad when they retire. How attractive a country is to settling in later life often reflects the cost of living, quality of life, and access to culture. The interest in retirement in any single country is indicative of the global perception of that nation.

The best countries for 2021 for a comfortable retirement are ranked, based on results from people 45 or older who consider themselves “upper class,” on seven attributes: an affordable, favorable, friendly tax environment, a place to live, a pleasant climate, respectful of rights. Plus, the property has a well-developed public health system.

Portugal joined the top five in this year’s ranking of the best countries for a comfortable retirement. Survey respondents score very high in the country for its pleasant climate, friendly people, and being a place respondents say they would like to live.

Besides the relatively low cost of living, Portugal also has pension tax laws that have made retirement in the country easier for ex-pats. 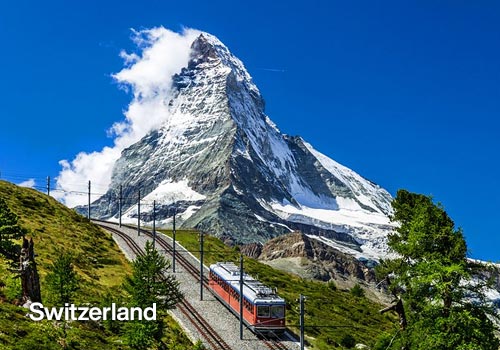 Switzerland officially called the Swiss Confederation, is a small country in central Europe made up of 16,000 square miles of alpine mountains, lakes, and ice-carved valleys. It is one of the richest countries in the world, and for centuries it has been known for its neutrality. 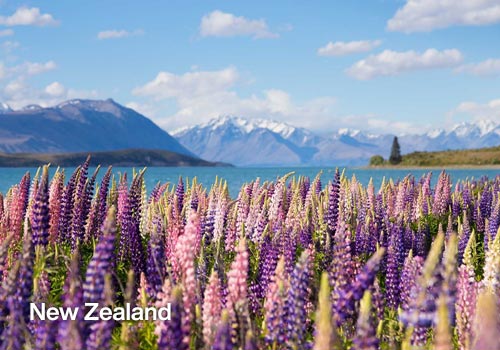 British and Polynesian influences flow through picturesque New Zealand, an island nation in the Pacific Ocean southeast of Australia. The early Maori settlers ceded sovereignty to the British invaders under the Treaty of Waitangi in 1840, and European settlers flocked to it. Today, 70 percent of kiwis, a common term for the people of New Zealand after a domestic flightless bird, are of European descent. Pride has risen among the Maori, the country’s first settlers who now account for about 14 percent, as the homeland’s grievances are more openly addressed. 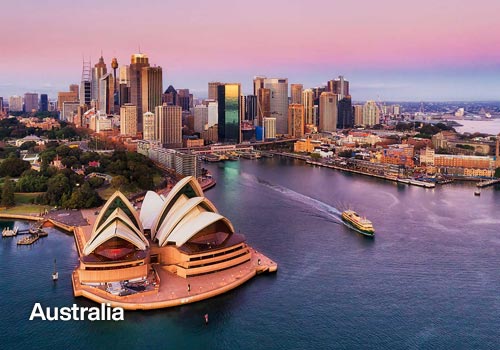 The Australian continent is occupied by the Commonwealth of Australia. The country also includes some islands, most notably Tasmania. Indigenous peoples occupied the land for at least 40,000 years before the first British settlements in the 18th century. 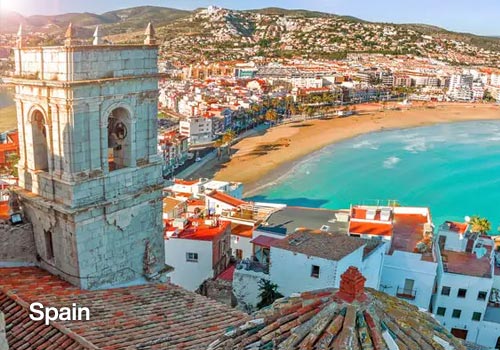 Several independent kingdoms united in 1492 to form the Kingdom of Spain, a cultural mixture that continues to shape the dynamic identity of the modern nation. Spain includes a large part of the Iberian Peninsula, which it shares with Portugal on the southwestern edge of Europe. It also includes the Balearic Islands in the Mediterranean, the Canary Islands in the Atlantic Ocean, and two enclaves in North Africa. 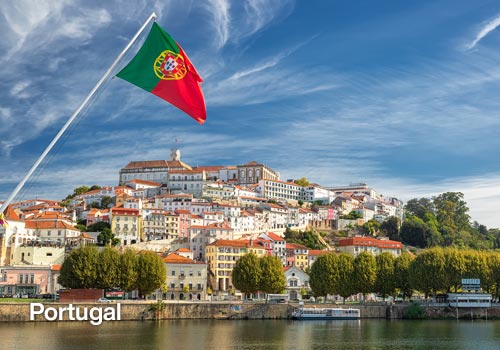 Perched in the Atlantic Ocean on the edge of the Iberian Peninsula and surrounded by Spain to the east, Portugal is a country whose gazes turn outward. Its history is steeped in discovery and exploration, beginning with the early leaders who, after expelling Celtic and Moorish settlers in the 12th century, focused on building their kingdom beyond continental borders. 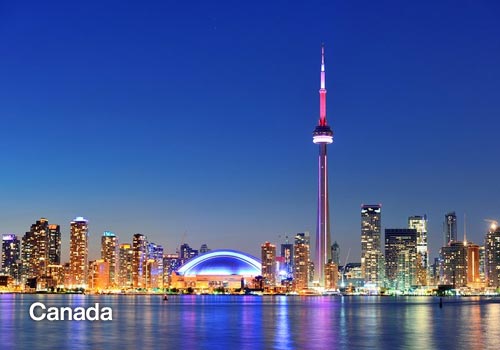 Canada occupies about two-fifths of the North American continent, making it the second-largest country in the world after Russia. The country is sparsely populated, with most of its 35.5 million residents living within 125 miles of the US border. Canada’s wilderness extending to the north plays a large role in Canadian identity, as well as the country’s reputation for welcoming immigrants. 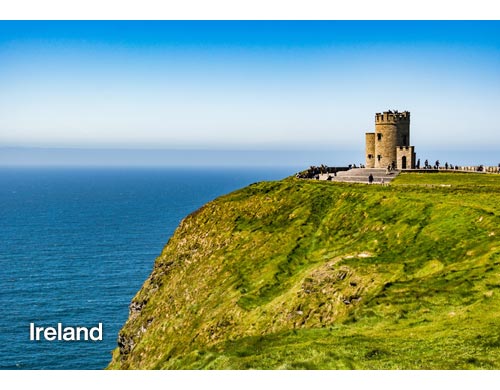 The Republic of Ireland is an island country in the Atlantic Ocean, separated by the Irish Sea from Britain in the east. Nicknamed the Emerald Island for its well-irrigated grasslands, the country is known for its rich cultural traditions, vibrant pub scene, and struggles for independence. The country comprises five-sixths of the island of Ireland – the remaining sixth is Northern Ireland, which is part of the United Kingdom. After a bloody battle for independence and civil war in the early 20th century, Ireland became a republic in 1949. 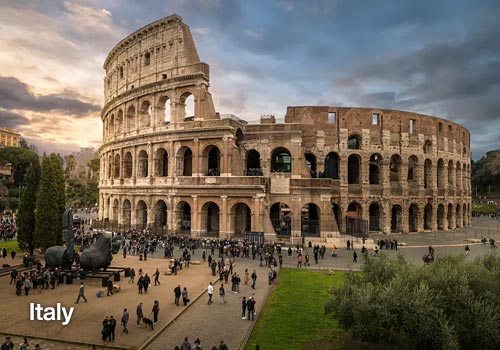 Italy is a country located in south-central Europe, whose borders extend in the form of boots to the Mediterranean Sea. The country’s historical cities, world-famous cuisine, and geographical beauty make it a popular destination for more than 40 million tourists each year. The country is home to Mount Etna, Europe’s tallest and most active volcano, and has two countries within it

Italy is a country located in south-central Europe, and its border extends to the Mediterranean in the form of boots. The country’s historic cities, world-renowned cuisine, and geographical beauty make it a popular destination for more than 40 million tourists every year. The country has the highest and most active volcano in Europe, Mount Etna, and is home to two countries within its borders: the Vatican and San Marino. 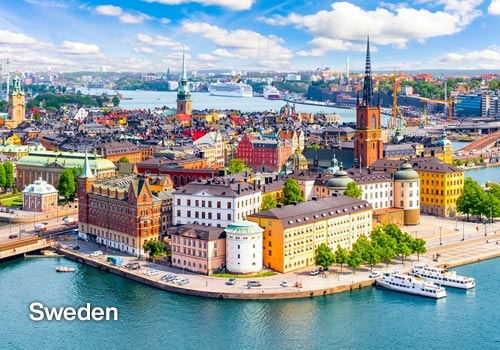 The Kingdom of Sweden is surrounded by Norway in the west and the Baltic Sea in the east. It spans most of Scandinavia and is one of the largest countries in the European Union. The capital Stockholm was restored in the 16th century, and border disputes throughout the Middle Ages created a modern country. 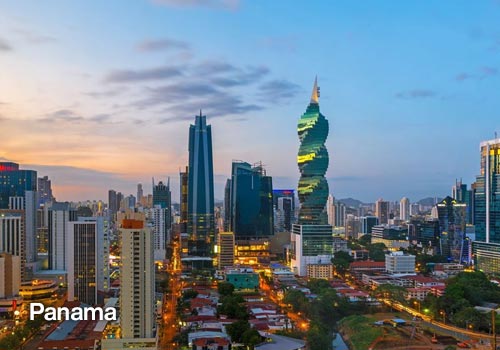 Panama is a country in Central America that connects Costa Rica and South America through Colombia. Most of the country’s narrative is related to another connector: the Panama Canal, a global trade and transportation hub that connects the Atlantic and Pacific through the Caribbean Sea. After Panama separated from Colombia in the early 20th century, construction of the canal began immediately. These two countries, along with Ecuador and Venezuela, initially declared their independence from Spain in 1821. This huge project was funded and constructed by the United States in exchange for the territorial claims of both parties, effectively dividing Panama in two.

Let us know what do you think of our Best Country To Retire and live happily after.