The northern mountainous area of ​​Gilgit-Baltistan is Pakistan’s most popular tourist destination and was listed as one of the top ten “coolest places” in 2018 by Forbes Magazine. We have seen this on Eid Ul Azha Festivals where the influx of tourists to northern areas. Tourists all over Pakistan come to visit the marvellous beauty of Naran Kaghan, Swat, Murree, Galliyat, and Chitral.

Here are some official statements that were made about the actual figures of tourists during the eid holidays.

In an interview with a private news channel, he said that during the Eid al-Adha, the Kimberley government made a profit of 40 billion rupees from the influx of millions of tourists from all over the country.

Bangash attributes the influx of tourists to the government because it is promoting tourism in the province.

He said that traffic management and the guidance of the tourist police have played an important role in promoting the tourism industry.

He said that during Eid al-Adha, a large number of tourists poured for the first time in history.

“The influx of tourists into Swat, Goliath and Naran Kaghan continues,” he said.

He said that the provincial government’s efforts to promote tourism are yielding positive results. 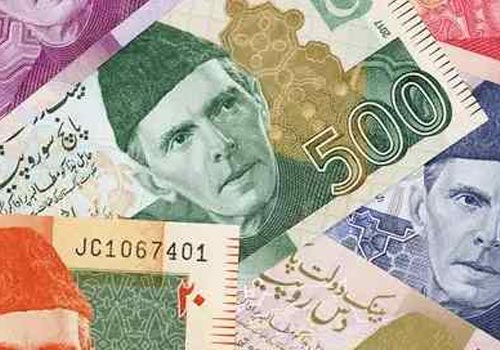 In response to inquiries, he said that more police have been deployed in tourist attractions.

He said that in order to promote tourism, the provincial government has introduced several road infrastructure projects in the Khyber Pakhtunkhwa KPK, paying special attention to underdeveloped areas.

He said that under the vision of Chief Minister KPK 7-8, more tourist destinations have been identified, adding that the relevant authorities also ensure that the standard operating procedures (SOP) for tourists are strictly implemented.

He said that with the help of the private sector, the KPK government is launching several modern infrastructure development projects to attract more tourists.

Six Flights To Skardu In One Day For The First Time

The CEO said in a tweet: “Another historical precedent for this national airline. I have operated 6 flights to Skardu in one day. This is the first time in aviation history.” He said PIA remains committed to promoting tourism in Gilgit-Baltistan, one of the most beautiful places in the universe. The Government of Pakistan thanks to the Ministry of Aviation and the local government.

Another historic first for the national flag carrier. Operated 6 flights to Skardu in a day, first time in aviation history. #PIA stays committed to promote tourism to one of the most beautiful places in the universe. Thanks to GOP, MinofAvn & local admin for support. pic.twitter.com/obMOeyHHym

He said that although the severe weather in recent days has affected the flight schedule to the north, the company was able to increase the number of flights to the highest level in history. He pointed out that the national airline had six flights to Skardu on Saturday alone. He explained that two planes to the city will take off from Karachi, one from Lahore, one from Sialkot, one from Faisalabad, and the other from the air. Hunting flights.

The flight took off from Islamabad and flew over the snow-capped peaks of K2 and Nanga Parbat, as well as Lake Saif ul Malook. According to reports, in addition to normal operations, there are two more flights from Islamabad to Gilgit.

The purpose of private flights is to facilitate the movement of tourists. He said that PIA is taking special measures to promote tourism in the northern region. Citing these figures, he added that in the past two and a half months, the airline had transported 34,000 passengers to and from Skardu.

In recent months, the tourism industry in the northern region has increased by three to four. In Gilgit-Baltistan alone, the number of tourists doubled during this period.

“This growth is due to international tourists trying to visit Pakistani attractions due to foreign travel restrictions,” he said.

With the arrival of a large number of tourists in Skardu, the rent of hotel rooms has increased from the previous 4,000 rupees to 12,000 rupees per day. Due to increased demand, the cost of vehicles for local visits has also increased. The spokesperson said that demand for hotel rooms now exceeds supply, so investors are turning to the area to build new hotels or buy franchise rights from existing hotel chains.

KP receives 4 billion rupees in tourism income during Eid ul Adha. During the Eid al-Adha, millions of tourists from all over the country came to Malakand and Hazara provinces, creating huge employment opportunities, with an estimated income of 4 billion rupees.

For the first time in history, there was an influx of tourists of this magnitude into Karam and Bahrain. Local hotels were unable to provide accommodation, forcing thousands of tourists to live in tents, in the rooms and homes of local residents.

Latif Rahman, a spokesperson for KP’s Ministry of Tourism, said that due to Covid-19 restrictions, visits to tourist destinations are prohibited and millions of tourists have switched to KP. 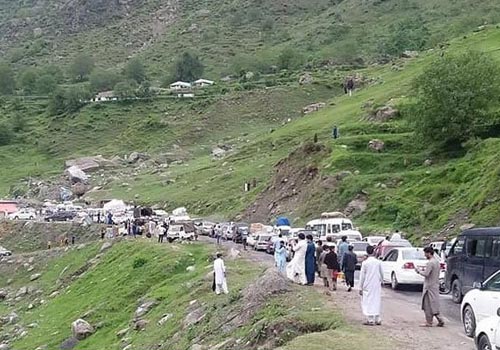 Million of tourists are stuck in Northern Areas.

In addition to Malakand and Hazara, more than one group of tourists visited North Waziristan.

Tourists from all over Pakistan revealed that tourist destinations in Khyber Pakhtunkhwa Province are facing accommodation difficulties, and the provincial government should improve facilities to attract foreign tourists.

They urged the Ministry of Tourism to find more destinations to reduce the load on the Hazara and Malakand branches and to improve communication problems to increase the number of tourists in Khyber Pakhtunkhwa Province, and provide assistance to remote areas. So that, locals provide employment opportunities.