The authorities stated at the Economic Cooperation Organization (ECO) meeting that the Istanbul-Tehran-Islamabad (ITI) train may resume operations soon.

The national railway companies of Turkey, Iran and Pakistan have agreed to resume normal operations of container trains between Istanbul, Tehran and Islamabad (ITI). According to the source, all necessary preparations for the container train line have been completed.

The ITI Corridor was first launched in 2009. The framework is located in the Economic Cooperation Organization (ECO).

The Istanbul-Tehran-Islamabad (ITI) Train Is Imminent

The Turkish Transport Minister said that all obstacles to international cargo transportation must be eliminated.

ECO is an Asian intergovernmental political and economic organization established in Tehran in 1985 by the leaders of Iran, Pakistan and Turkey. It provides a platform to discuss ways to promote development and increase trade and investment opportunities.

Despite several test flights, the transfer line did not become a regular service. 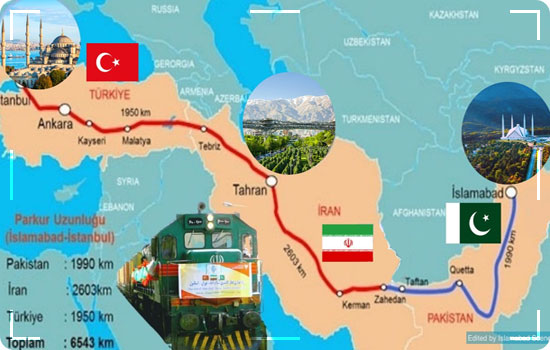 However, this must change, because these three countries have now agreed on standardized exchange rates and stable timetables.

Yesterday, the participants of the three-nation economic group decided that freight trains between Istanbul, Tehran and Islamabad would be relaunched next year.

The tenth meeting of the Economic Cooperation Organization (ECO) Transport and Communications Ministers Conference was held in Istanbul.

Turkish Transport Minister Adil Gresemiloglu said in his opening speech that all obstacles to international cargo transportation must be eliminated.

He also said that quotas should be eliminated in the Economic Cooperation Organization region.

The two companies stated that they are actively promoting the availability of trains in each country in order to send the train as soon as possible.

The importance of ITI trains

The railway has great potential. Initially, it took 15 days for the train to travel 6,500 kilometres, which was eventually shortened to 11.5 days. This train can carry 20 and 40 cars. The United Nations has regarded this route as an international corridor.

ITI and its importance

The planned railway will not only connect these three countries but also establish links between Europe and Asia. The transportation from Istanbul to Europe is very convenient. By using the Marmara submarine railway tunnel, delivery can be faster. The Marmara Railway Tunnel was recently opened for rail freight, allowing faster communication between European and Asian regions in Turkish cities.

On the other hand, India and Bangladesh expressed interest in calling the line to establish faster transportation links with the Middle East and Europe. ITI trains are also called environmentally friendly container trains.