Top 5 Most Populated Cities of Pakistan

Top 5 Most Populated Cities of Pakistan by Pakistan Tours

Pakistan has experienced rapid economic growth and has become a semi-industrial economy. This situation has caused the rise of major cities such as Karachi and Lahore. The majority of Pakistan’s population speaks Urdu and is culturally and historically associated with neighboring countries of India, Afghanistan, and Iran. The country was created after breaking away from British India and becoming independent from India in 1947. The data comes from the latest Pakistan Census 2018.

Karachi is the most populous city in Pakistan. Indeed, the Karachi metropolitan area is one of the most populous cities on the planet. The city is the capital of Sindh Province. Karachi is located on the coast of the Arabian Sea and is Pakistan’s largest and most important port. The city was originally a small fishing village established by the Sindhi and Baluchi tribes. To date, some descendants of these tribes still live in the area. 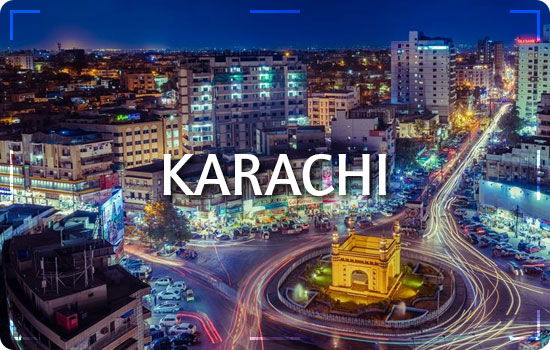 Karachi is the financial center of Pakistan. It owns the largest stock exchange in Pakistan and houses the headquarters of major companies in the country. Karachi’s growth trend is an increase in investors in the IT sector. Karachi has gradually become an information and communication center. Karachi’s industries include textiles, automobiles, steel, and medicine. Karachi pollution is higher than WHO standards.

The population of Lahore is 11,126,285. It is the capital of Punjab. Lahore has a long history and was the capital of various empires such as Shahi, Mughal, and Sikhs. Lahore’s architecture blends modern and ancient. Lahore is Pakistan’s cultural, educational, and artistic, and sports center. Lahore has contributed nearly 13% of the income to the Pakistani economy and owns service industries such as real estate, banking, financial services, tourism, information services, and technology. These industries employ a large population of the city. 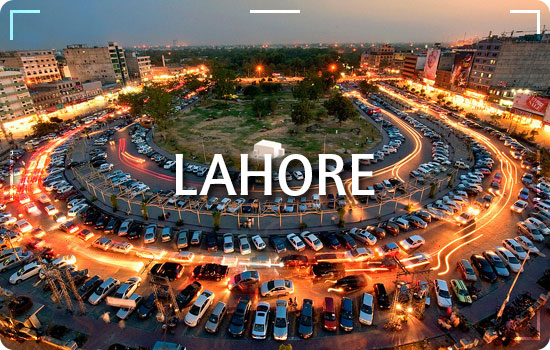 Faisalabad has a population of 3,204,726 and is located in a district of Punjab. Faisalabad has long been a village community and has become the urban center under British rule. Today, it has become a commercial, industrial and agricultural center in the capital region. The city’s industries include textiles, medicine, papermaking, beverages, jewelry, and food processing. Agricultural products in the city include cotton, vegetables, wheat, and sugar cane. The city’s infrastructure is well planned and includes an extensive road, highway, and rail network. The city’s growth trend has always attracted many investors, and due to the growth of the middle class, they have begun to use large-scale projects like shopping centers. 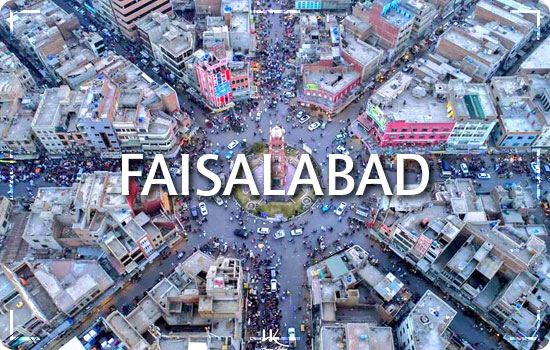 Rawalpindi comes fourth on the list with a population of 2,098,231, in Punjab, northern Pakistan. The city is located on the Potohar Plateau, 9 miles (14 kilometers) southwest of the national capital Islamabad. 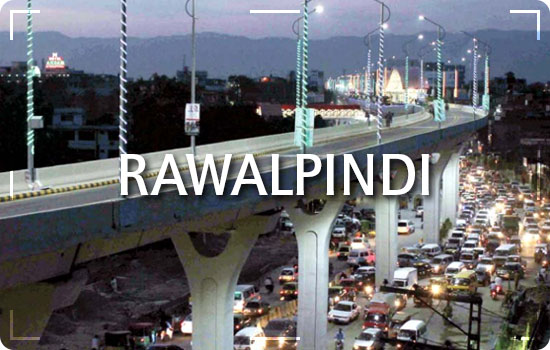 Rawalpindi is the starting point of the road to Kashmir. It is connected to the main arterial roads, railways, and air links to cities such as Peshawar and Lahore, and Karachi.

Most important, wheat, barley, maize (corn), and millet are the main crops grown in the surrounding area. The Rawal Dam on the nearby Kurang River was completed in 1961-1962 to provide water for Rawalpindi and Islamabad.

Gujranwala at fifth position with 2,027,001 population, northeast of Punjab, northeast Pakistan. The city is connected to Peshawar and Lahore by rail and major arterial roads. An agricultural marketing centre (cereals, melons, sugar cane) is also a commercial and industrial centre, producing ceramics, iron cabinets, copper, copper and aluminium utensils. With the establishment of the industrial zone, the importance of producing textiles, silk, pipes, electric fans, and tanneries has become increasingly important. 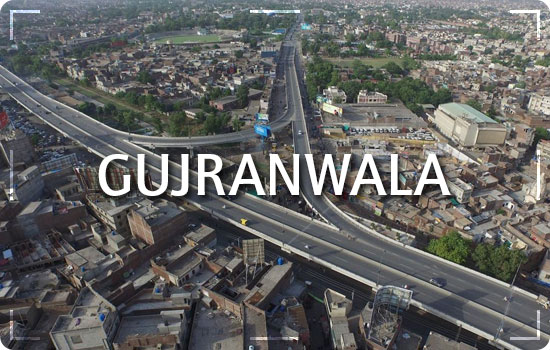 Gujranwala was founded by a herdsman town called Gujjar’s and was merged into the municipal government in 1867. There is a hospital in the city and several universities affiliated with Punjab University. The birthplace of the Sikh ruler Ranjit Singh remained until 1799 in Lahore. Its high dome is covered with some ashes, as well as the Jinnah Bagh Garden and tomb, originally named after his father Maha Singh.

Top 10 Biggest Cities In Pakistan According to Census 2018

One reply on “Top 5 Most Populated Cities of Pakistan”