Travel and Tourism Competitiveness of Pakistan 2019

The PM routinely mentions the potential of tourism in Pakistan, given its diverse topology, immense cultural depth, and rich visual history. Multiple factors, mainly concerning the level of security and economic development, have contributed to the low level of tourism that the country has seen for many years now; not to mention that the tourism sector has historically performed well below the country’s potential.

It is, therefore, important for policy-makers to understand where the country stands, concerning the competitiveness of the travel and tourism (T&T) sector, not only in terms of its various dimensions but also in the comparative sense about other countries. Here, one important resource to gain this perspective is in the shape of the ‘Travel and Tourism Competitiveness Index’ (TTCI) produced by the World Economic Forum (WEF) in its biennial report ‘Travel and Tourism Competitiveness Report’; with the most recent one published in September 2019, covering 140 economies, including Pakistan. 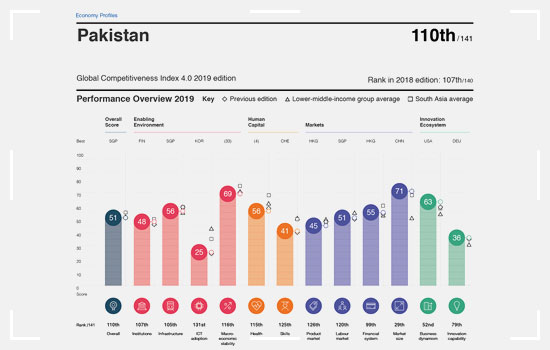 This report should serve as a wake-up call for policymakers about the poor state of affairs is an important sector of the economy; especially since the country is the lowest-ranked in the Asia-Pacific countries.

According to the report, ‘it provides a strategic benchmarking tool for businesses and governments to develop the T&T sector. By allowing cross-country comparison and benchmarking countries’ progress on the drivers of T&T competitiveness, it informs policies and investment decisions related to T&T business and industry development. The report provides a unique insight into the strengths and areas for development of each country to enhance its industry competitiveness, and a platform for multi-stakeholder dialogue at the country-level to formulate policies and actions. 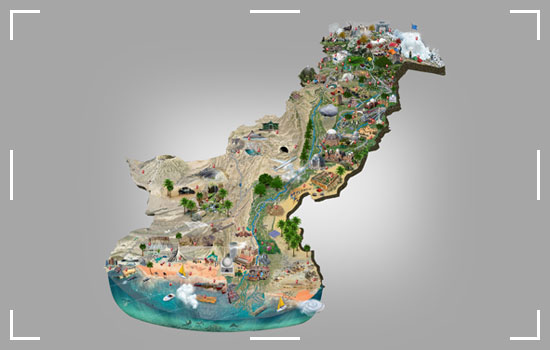 A) Enabling environment and within it

C) Infrastructure, and which include the following pillars,

D) Natural and cultural resources, and within it

This is a very comprehensive way to measure the strength of a country to attract and sustain travel and tourism and focuses on performing involved institutions, governance structures, and performing markets. Sadly, the situation of Pakistan’s T&T sector is very weak as per the TTCI 2019, which ranks the country at 121, out of 140; Although a thin silver line is that the country’s rank improved by three positions from that of TTCI 2017 when it was 124th.

The Report shows that Pakistan concerning its T&T sector falls in the bottom 25% (or quartile) of countries, most of which belong to ‘low to lower-middle-income economies, with 26 coming from Sub-Saharan Africa. Lower levels of economic development translate into particularly poor competitive conditions for T&T. Even compared to the third-lowest quartile, the bottom 35 countries score significantly lower on most pillars, in particular, overall infrastructure, international openness, ICT readiness, and health and hygiene. Also similar to the third-lowest quartile, nations in this group score below average for natural and cultural resources. As a result, the bottom 35 economies account for just 1.8% of T&T GDP and 2.5% of tourist arrivals of the economies ranked in this report.’ 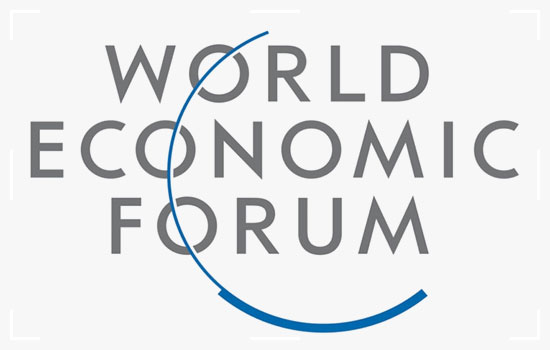 In the Asia-Pacific region, Pakistan is the lowest-ranked country overall at 121 per TTCI 2019; whereas among other countries in the region, India is 34th among the 140 countries, Vietnam 63rd, Sri Lanka 77th, Nepal 102nd, and Bangladesh 120th. The report shows that ‘Pakistan… remains the least competitive country in South Asia for T&T, including the region’s least favourable safety and security (134th) conditions.’

In terms of four sub-indexes, Pakistan’s performance is overall poor as per the TTCI 2019, where for

Hence, its position in all sub-index is either close to 100th rank or above it.

Gauging the performance of the T&T sector of Pakistan, a deeper examination of the level of pillars within each of the four sub-indexes reveals very useful detailed information. Here, regarding the first sub-index of an enabling environment, the position of Pakistan, in terms of the involved pillars, as per the TTCI 2019, is:

Hence, the enabling environment lacks tremendously, in turn, identifying the institutions as a very weak link in the overall performance of the T&T sector.

The second sub-index, T&T policy, and enabling conditions, the ranking on the involved pillars for Pakistan is: prioritization of travel & tourism (119th), international openness (122nd), price competitiveness (37th), in which the country performs relatively a lot higher than other pillars, and is based on the following indicators,

It shows a very weak state of affairs by related government authorities and the private sector and also points to a high level of environment-related vulnerability in which the country finds itself, and is based on the following indicators,

Regarding the third sub-index, infrastructure, the rankings on the involved pillars is as follows:

and which includes the following indicators,

The ranking on the pillar included in the fourth sub-index natural and cultural resources is:

This report should serve as a wake-up call for the policymakers concerning the poor state of affairs is an important sector of the economy; especially also since the country is the lowest-ranked in the Asia-Pacific region countries.