The Vibrant and Colorful Festival; Holi Observed in Pakistan

Holi in Pakistan is being observed in the Hindu Community of Pakistan, dated on 1st March 2018 to March 2, 2018. The celebration of Holi falls in the Lunar month of Phalguna of the Hindu calendar. Holi is also known as the festival of colors. The Hindu community in Pakistan celebrates their festivals with great traditional zeal and fervour. Colorful events were held in different localities and temples of the Hindu communities, where children and women also engaged in, with fervent and religious worship in two-day celebrations.

Pakistan being an independent state gives freedom to live according to the norms and tradition of its own religion. Everyone statesman has a right to practice his religion. In addition, Pakistan provides equal rights to its all minorities. The vibrant festivity of Holi in Pakistan signifies the victory of good over evil, the coming of spring and the end of winter. Holi is recognized for its zealous tradition. 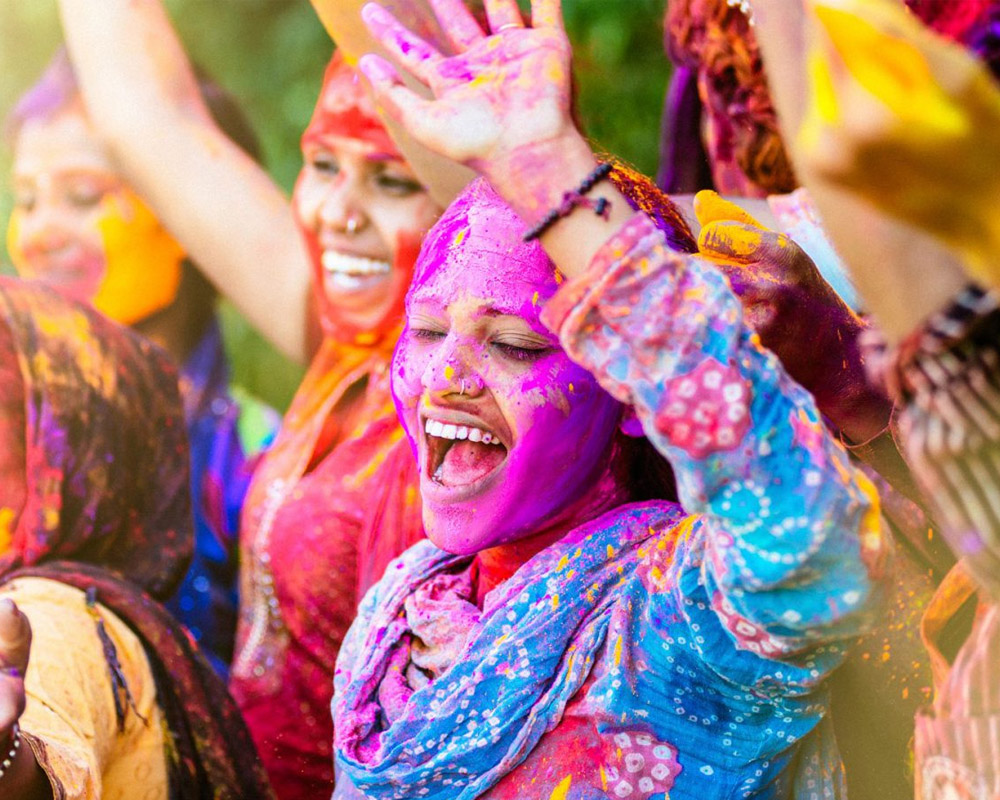 Colors of Holi in Pakistan

Notably, the myth that is correlated to this festive is that of Krishna and Radha. Moreover, the festival is also associated with throwing and applying rainbow-like colors on each other. Each color hold its unique significance like red symbolizes love, fertility, and matrimony. Whereas blue represents Krishna as he has bluish skin while green stands for new beginnings.

Tradition is incomplete without food so there is huge preparation for traditional sweet Gujiya and cannabis milk that is mixed with weed. Additionally, the festive day is to meet others, sing and dance, play and laugh, forget and forgive, and repair broken relationships in the Hindu religion. 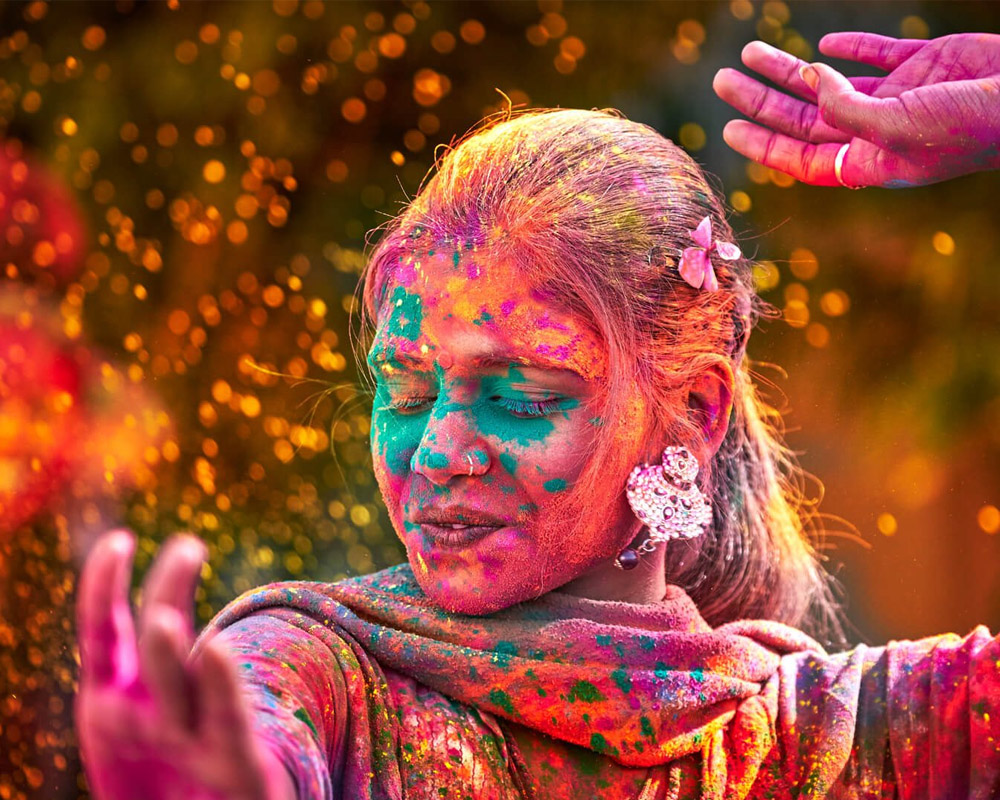 Dancing at Holi in Pakistan

Furthermore, there was a full-proof security arrangement for all the Hindu temple and on the venues, for the festival to avoid any kind of disruption. The political leaders, celebrities, and the general public have extended their heartiest greetings to the Hindu communities in Pakistan on this colorful occasion of Holi in Pakistan. 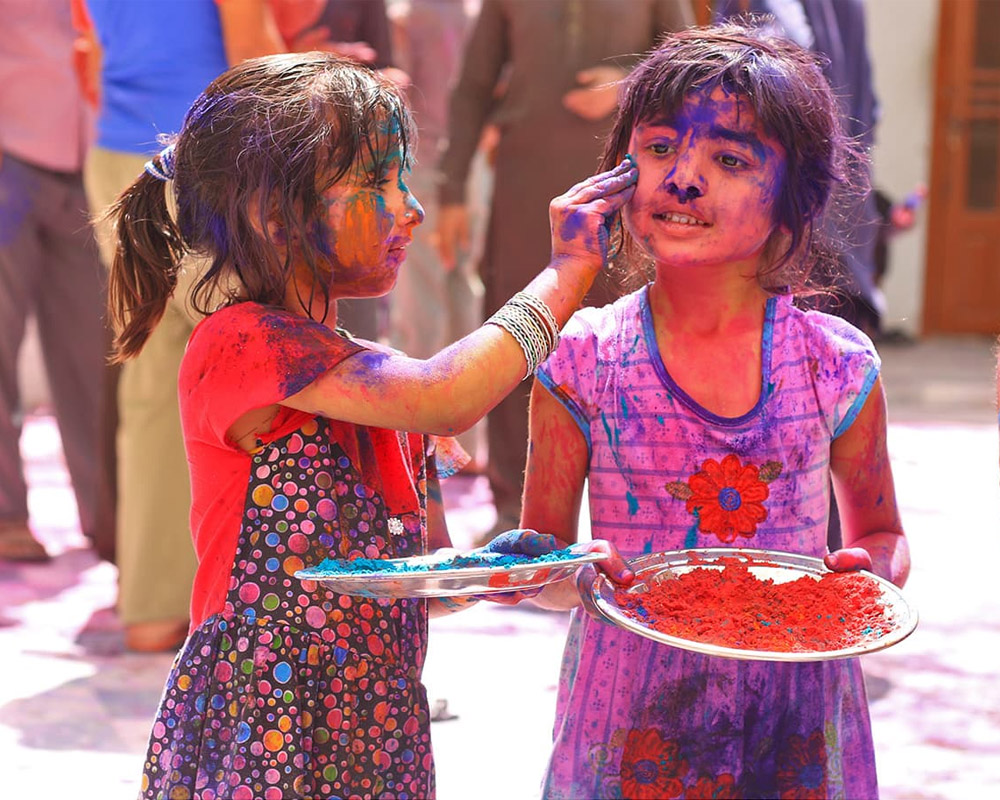 colors of Holi in Pakistan