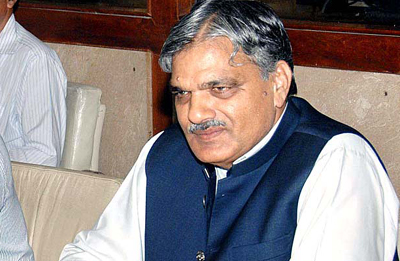 Chaudhry Muhammad Barjees Tahir has been appointed as Governor of Gilgit-Baltistan. Later is key Figure of current ruling party of Pakistan (Pakistan Muslim League-Nawaz).  Though Governor is currently Federal Minister yet Federal government has appointed him as Governor. That has initiated a fresh debate in Pakistan for Pre-poll rigging.

Chaudhry Muhammad Barjees Tahir  who hails from Shangla Hill is under bit of pressure. Chairman Pakistan Tahreek Insaaf Mr. Imran Khan is blazzing all guns on this appointment. He terms act of Government as pre poll Rigging. According to independent sources local politician who is currently not very powerful is behind this appointment. Various law makers thinks by law the appointment is legal but timing makes the action suspicious.